In this 53-minute webcast, Danielle DeLucy, Subject Matter Expert in the areas of quality assurance and quality systems, shows how to effectively conduct robust root cause investigations for CAPA.

Why Should You Attend

Conducting effective investigations is a Food and Drug Administration regulation, and one of the most cited 483 and Warning Letter citations. This webcast reviews the fundamentals of defining terms to a discussion of the best tools to use in conducting an investigation.

Areas Covered in the Webcast

Differences between correction, corrective action and preventive action, regulatory requirements for investigations and CAPA, what is a deviation? and identification of deviations is reviewed.

Minor, major and critical deviations are defined, and examples and case studies are included. Key elements of conducting the investigation, including scope and identification of the deviation, purpose, identifying other batches potentially affected, batch release considerations, interviews and documents are discussed.

The best tools to use for conducting a root cause analysis, including, flow charts, records, documents, interviews, five whys, cause and effect, fishbone and is/is not (Kepner Tregoe), diagramming and checklists is included.

Industry professionals from many areas who may interact directly with regulatory inspectors or who help prepare for inspections, including:

Getting to Root Cause During Your Investigation: A QC Lab Example 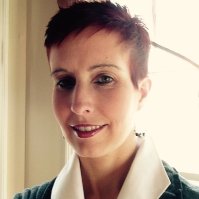 Danielle DeLucy is an industry veteran and specializes in the areas of Quality Assurance and Quality Systems as a consultant. Prior to this role, Danielle has been in the industry for 15 years serving in numerous quality management roles, such as the Director of Product Quality with oversight of sterility assurance practices and numerous filling and packaging operations. Danielle began her career as a Quality Control pharmaceutical microbiologist at a contract laboratory where she performed various tests for their clients. In the years after, she has held positions in the quality management arena with increasing responsibility. She has helped to lead many regulatory health inspections and was instrumental in the coaching process of her peers prior to any inspection. Currently, Danielle assists companies who: 1) are faced with warning letters and consent decrees; 2) wish to improve GxP practices; and 3) need to establish more robust quality systems.

Registrants may cancel up to two working days prior to an on-line course or webinar start date and will receive a letter of credit to be used towards a future course up to one year from date of issuance. On-site training can be cancelled up to ten business days prior to training. Windshire will be compensated for any travel cancellation fees. Courses and webinars may be cancelled due to unavoidable factors. Registrants will be notified if a cancellation occurs. Attendees can choose between the recorded (on-demand) version of the webinar or a full refund for any Windshire cancelled webcast.

There are no reviews yet.